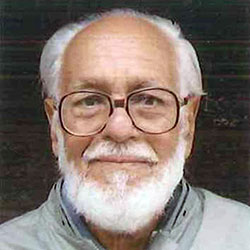 Mr. BonBehari Vishnu Nimbkar has been a silent-beginner and self-motivator, who has been contributing to the society without breaks. He set up the Nimbkar Agricultural Research Institute (NARI) in 1968, with an objective to use the best tools of science and technology for solving rural problems and contribute to constructive policy development.

Mr. Nimbkar, is known for his pioneering work in the field of agriculture and animal husbandry for over five decades; and has been instrumental in increasing crop and animal productivity and taking their benefits directly to farmers and animal rearers.

In the field of agriculture and crop improvement, Mr. Nimbkar learnt how to convert CSH-1 (the first sorghum hybrid released in India) to Vasant-1, by changing the pollinator. Vasant-1 is on the list of approved varieties in Maharashtra. Sweet sorghum was another crop introduced to India by Mr. Nimbkar, and work on which, along with that on safflower, is continuing at NARI.

In India, sheep produce only one lamb at a time. So Mr. Nimbkar conducted research during 1998-2008 on introducing the gene of the Garole breed of sheep in West Bengal into Deccani sheep, to produce two lambs instead of one. This successfully resulted in the production of the prolific ‘NARI Suwarna’ sheep. These were promoted in Karnataka especially, in Tumkur district; and significantly increased the income of the shepherds.

Mr. Nimbkar analyses all that ails Indian farms and tries to cure them by bringing the best of global research to India, and to Phaltan. His solutions suit local conditions and draw on traditional practices.

Mr. BonBehari Vishnu Nimbkar’s leadership has led to the formation of a dedicated team; facilitated resource mobilization and collaboration with the best of the professional agencies and scientific communities to effectively bring forth technology, tests, modification, stability and dissemination for the benefit of the rural community.