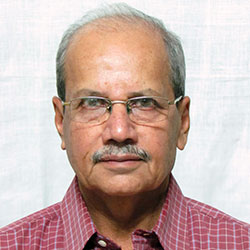 Mr. Mohan Hirabai Hiralal generated awareness among the villagers about their legal rights over the forest; which helped in popularizing participatory forest management at local, state and national levels. This led to the conferment of Community Forest Rights to the villages Mendha (Lekha) and Marda by the Government in 2009, under Forest Rights Act 2006.

Revolutionary slogan of Mendha (Lekha) `In Delhi and Mumbai we have our Government but, in village we ourselves are Government’, exemplifies the spirit of the village and its people.

In 2013, after persistent efforts of Mr. Mohan Hirabai Hiralal and the villagers, all legal formalities of Gramdan of Mendha (Lekha) were completed and the village was declared a Gramdan village under Maharashtra Gramdan Act 1964. It is the first village in the country to become a Gramdan Village after thirty five years.