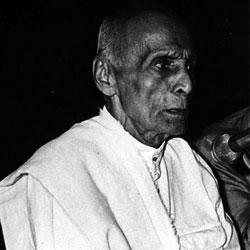 Shankar Trimbak Dharmadhikari reverently addressed as Dada Dharmadhikari. Born at Multapi, district Baitul, Madhya Pradesh, in a family known for its learning and scholarship as also for the study of Vedanta. Was a freedom fighter and a leader of social reform movements in India. Was a Gandhian thinker and ideologist.

Studied at the Indore Christian College; later at Morris College in Nagpur. Spent a year in studying Vedantic works of Adi Shankaracharya.

Life-long passions were human relationship, enlightenment of youth, women and total transformation of society. Jaya Prakash Narayan saw him as the most outstanding commentator and crusader of JP's vision of revolution. Was awarded Gandhi Award of the Rashtra Bhasha Prachar Samiti for his valuable contribution to Hindi Literature. Died in Sevagram, Wardha.