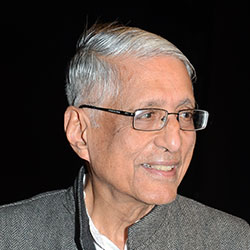 Prof. Gandhi has been associated from 1956 with Initiatives of Change, formerly known as Moral Re-Armament, where he served in 2009 and 2010 as its international president.