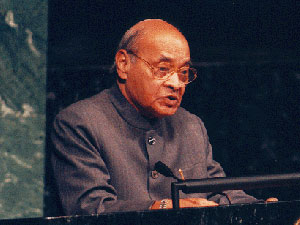 It is my conviction that Human Resource Development holds the key to the future of our country. There was a time when progress of mankind was considered to be primarily the result of economic development, i.e. improvement in the material means of life. And economic development was supposed to be the consequence of investment of capital in the form of machinery and materials and also the money which bought them. Economists were totally pre-occupied, in fact obsessed, with models based on input of more capital. It was thought, rather mechanically, that countries like India were economically under-developed and poor precisely because they were deficient in capital. The achievements made by Western countries and the USA were cited as proof of the integral and inevitable cause-and-effect nexus between capital and development.