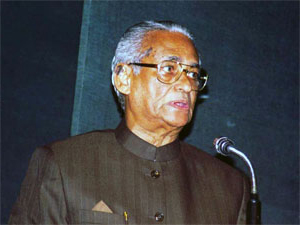 On the social plane, fear had gripped the society - fear of the peasant about the landlord, fear of the ordinary person in the rural areas or towns about the oppressive powers or the minions of the Government, whether a sub inspector or a Tehsildar or whoever. Even the maharajas and princes who had life and death power over their own people lived in great fear of the political legend or the resident in their own States. They were terribly scared of the British representative in their midst. Even the rich people of the country, those who had established industries or started businesses were afraid of the British rulers and they were doing everything possible to cultivate the support or sympathy of the ruling classes. And nobody had the courage to come forward and speak his mind.