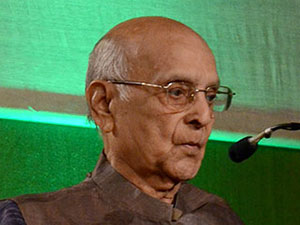 Someone asked me the reason for correlating the basis of all these awards to Gandhian ideology. It was argued that when service and science and technology are all neutral, what they have to do with Gandhian thought. In this context, I would humbly suggest that if ‘neutrality’ is devoid of sensitivity and empathy, that neutrality is of no avail. A stone is not ‘neutral’; it is totally ‘insensitive’.

Mahatma Gandhi considered 'science without empathy' and 'worship without detachment' as social sins. The cardinal question is, whether science would empower man or would, by dispossessing him, eliminate both man and humanity. This award, in the realm of science and technology, belongs to Science + Spirituality (or Humanity) which I call Science + Gandhi. All these awards are given for 'human welfare', what Gurudev Ravindranath Tagore referred to as 'Manusher Narayan' and Gandhi as 'Daridra Narayana'.