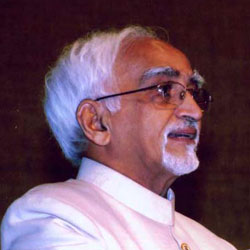 Started his career in the Indian Foreign Service in 1961. Was Permanent Representative of India to the United Nations, Indian High Commissioner to Australia and Ambassador to the United Arab Emirates, Afghanistan, Iran and Saudi Arabia. Is a renowned West Asia scholar Was awarded the Padma Shri in 1984. Former chairman, National Commission for Minorities (2006). Is an academician, a career diplomat, and a former Vice-Chancellor of the Aligarh Muslim University.

Author of the book "Travelling Through Conflict".