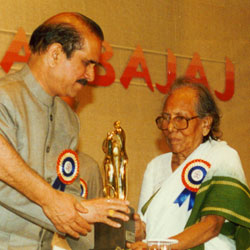 Vinobaniketan Ashram is a women's institution serving humanity on Gandhi-Vinoba lines for the past 43 years with the objectives of World Peace and Universal Brotherhood.

The foundation was laid by Swami Tapasyananda of Shri Ramkrishna Mission, Thiruvananthapuram.and opened by a dalit girl. The hut was built through Shramdan (voluntary manual labour).

Vinobaji stayed in the Ashram hut in 1957 during his historic Padayatras. When the Bhoodan-Gramdan Movement gained momentum in the country, Vinobaniketan inspired the entire State with its spiritual vision. Several young men and women voluntarily came forward to serve the nation. For a few years the Ashram remained a spiritual powerhouse sending out trained workers to different parts of India directly guided by Late Dhirendra Mazumdar, Vallabhaswami and Krishnadas Gandhi.

Vinobaniketan was declared open as an international women's institution in 1975.

The centres under Vinobaniketan are pioneering the Gramaswaraj works in the area. The Sevikas are all trained social workers from Vinoba Niketan.